Music and Identity: Why We Love Spotify Wrapped and Gatekeeping Our Favorite Artists 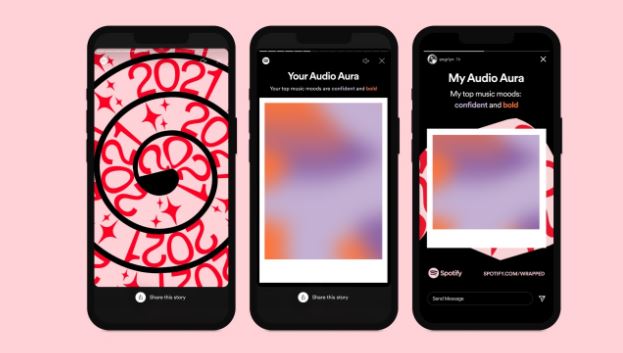 The beginning of December brought the highly anticipated release of Spotify Wrapped. Spotify’s somewhat simple concept of showing users their top tracks and artists is such an effective marketing tool because we love our music. We also love reposting our Wrapped data on social media, mainly because it’s reflective of our identities.

Even though Wrapped has a simple design, the type of data shared (top artists, top songs, top genres, how many minutes listened) can say a lot about a person even if you know nothing about them. This year, Spotify even included an “Audio Aura” feature in Wrapped which gave each user two defining adjectives that summed up their listening habits. Are you a “yearning” and “wistful” kind of person or the “bold” and “confident” type? Was your top artist Kanye West or Phoebe Bridgers? Were you into the mainstream Billboard hits or did you listen to underground music with less than 50k streams? Even from this innocuous information, there’s enough to assume the style of clothes you wear, your personality, and even your emotional stability. From Spotify Wrapped to gatekeeping music on TikTok, teenagers love music so much because of its emotional grip and role in identity formation.

A study published in Nature Magazine found that our brains release large amounts of dopamine—the reward chemical—when listening to music, which explains why we often fall in love with the things we listen to. In teens, these neurochemical releases are even more intense: a result of changing hormones. “These hormones tell our brains that everything is incredibly important—especially the songs that form the soundtrack to our teenage dreams,” Mark Stern explains in his article “Neural Nostalgia”.

The fact that we often associate ourselves with people who have similar music tastes as us isn’t a coincidence. Research has found that music taste has strong correlations with personality type. For example, people who listen to upbeat, poppy music are often more extroverted than those who listen to reflective, complex music. It’s also hard to ignore that music taste is revealing of social and political values—listen to a few bars of a country song and then compare it to a punk rock ballad and you’ll get the gist.

Because music can be so telling of someone’s character, music is especially important to adolescents as they develop their personal and social identities. Daniel Levitin, author of This is Your Brain on Music, explains that music is one way for teens to define themselves and the people around them: “We are discovering music on our own for the first time when we’re young, often through our friends. We listen to the music they listen to as a badge, as a way of belonging to a certain social group. That melds the music to our sense of identity.”

So why is gatekeeping music such a widespread practice? Because music and identity go hand and hand. The music you listen to is a powerful indicator of your ideals and personality. Music also allows one to fit in with a niche group that shares similar values; when an outsider begins to claim the same music, it almost feels like they’re encroaching on your identity.

Dr. Marilyn Brewer’s optimal distinctiveness theory can be used to explain this defensive behavior. She argues that when a group’s identity is under the threat of being absorbed into a larger group, members become more exclusionary in order to defend their uniqueness. Although it seems counterintuitive to fear isolation while simultaneously desiring to be “different,”  this theory encapsulates the insecurities of adolescence—we fear the idea of not belonging anywhere, but we also can’t stand the idea of being just like everyone else. So blame our knack for gatekeeping on music’s important role in molding our identities—or maybe some of us are just jerks.

In the end, teens love music because it’s an extension of their emotions, values, and identities. Whether that be a meticulously curated online identity, group identity, or personal identity, music is ultimately a way for us to fit in and to stand out.